The past few weeks have been hectic with life and training. It seems like my weeknights have been more chaotic than they were in the fall. Typically, the blog lands at the bottom of the to do list. Apparently these other people in my house like to eat dinner and such. Now that my oldest daughter is back at college, and my husband has started his new job, maybe I can get back into my routine.

Training for Cowtown has been going strong the past few weeks. I’ve been working on some strength and mobility work, because I plan to follow the Simple Marathon Training this fall. I’ve been doing the SAM work after every run for at least four weeks, and I can tell the difference – at least when I’m running up my hills.

I had some trouble getting back to my usual paces after Dallas, but all of a sudden it clicked one day and running felt good again. It’s been difficult for me to get my mileage up with everything else going on, and running twice a day won’t work right now. So to up my training game, I started swimming again. 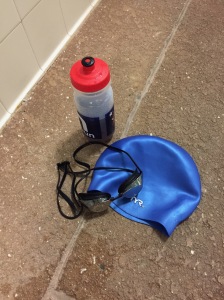 It had been two months since I’d been to the pool, but once I got back in the water I remembered why I enjoyed it. I am slow, and swimming without the concern of a time cutoff had a different effect on me. When I get out of the pool my legs aren’t mad at me, and my glutes don’t whine. Now my arms are another thing. But for now I’m supplementing my running, and working my way back to the strength I felt during half Ironman training. I don’t have any triathlon races planned so far this year, but I believe the swimming can only help me for the marathon.

My running buddy and I haven’t been able to get together for a long run in a few weeks, so this past Saturday I had to tackle a 20 miler almost solo. I did meet up with the group for a few miles, but everyone was going different directions and paces, so I stuck to my plan. It was nice to see some of them out in different areas though as I checked off the miles. I was pleased with my time. 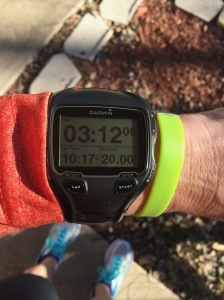 The plan was to just do the distance, and not worry about the pace. I missed an 18 miler the weekend before, so I didn’t want to shock my body too much. The first and the last mile were the only two miles over 10:00 pace (and the last one had a steep uphill). I discovered a great new gel flavor! 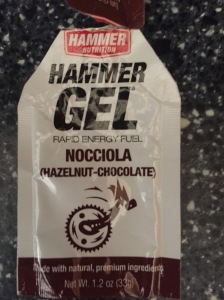 This weekend I’m going to do 22 miles, and then I’ll start tapering. My running buddy and several from our group are running the Hot Chocolate 15k in Dallas on Saturday. I hate to miss it, but I’ve got a lot going on and I wanted to make sure my Cowtown training included one more long run of 20 plus.

In other news, I am happy to report that I’m returning as a Nuun ambassador for another year.

I bought my first tube of Nuun at the Dallas Marathon expo in 2012. I almost DNFd the race the next day due to dehydration. You know, nothing new on race day. After that painfully slow race, I tried Nuun on a long run. I haven’t had any issues since then. It’s easier on my stomach than other sports drinks and without the sugar. Right now, my favorite flavor is Grape.

Finally, have you been following along the World Marathon Challenge this past week? I heard Ryan Hall talk about it at the Dallas Marathon Expo stage, and it was inspiring to follow this journey. Then Mike Wardian made history as he ran all 7 under 3 hours. I can’t even imagine covering that kind of distance! This is a pretty good article about it. And if you check out Ryan Hall’s social media accounts, he did videos along the way. It was interesting to see how he went through some of the same stages in a marathon. “I told myself I wouldn’t go out too fast. I went out too fast.”

He also talked about how he admires the everyday runners who get out and run marathons in 4, 5, and 6 hours.

Again, that’s one of the things I love about this sport. There’s a connection and a community, no matter what pace you run. 🙂

One thought on “Training Update: Getting ready for Cowtown”